Showing posts from January, 2010
Show all

January 29, 2010
By Ikenna Emewu, Sun News Online How minutes fly into hours and days and later years is amazing. Many who saw and took part in the internecine and sanguinary war that tore the nation in shreds and still leaves its scars in the minds of a particular part of the country feel amazed that it is already 40 years since it wound to close. Children born immediately after the war are already parents and have advanced into great minds and characters. But as the years add, the pains of the war fade because time is a healing balm. Saturday Sun reasoned that 40 years is like a landmark on the war taking cognizance of the impacts it made in the history of the nation. From our interview sources, the history of Nigeria so far is one pivoted on that war of 30 months that cost the nation about two million lives and inflicted on its psyche an enduring gorge that has remained a borderline of disintegration of forces that should have united into a strong nation. A participant on the Biafran side said
Post a Comment
Read more

January 19, 2010
By Okey Ndibe, Sun News Online Exactly a week ago, Haiti was struck by a magnitude 7.0 earthquake that reduced much of that misfortunate nation to a colossal ruin. The quake’s epicenter was a mere 16 miles offshore on the western side of Port-au-Prince, Haiti’s heavily populated capital. Earthquakes are hardly ever innocuous; but this one was particularly catastrophic. Its proximity to the capital – home to more than three million people – proved disastrous. As I write, Haitian authorities were estimating that 140,000 had perished from the devastating quake. That toll is, as US Secretary of State Hillary Clinton rightly stated, is of biblical proportions. The prognosis is even more dreadful. Some experts predict that many of the tens of thousands officially listed as missing, as well as many of the critically wounded, will explode the casualty figures. To see the horror of Haiti is to come to terms to a modern-day apocalypse. For me, it was especially harrowing to look at images of
Post a Comment
Read more 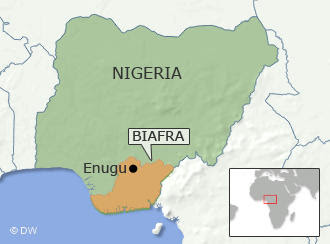 Biafra was the scene of one of Africa's bloodiest wars. By Chimponda Chimbelu; edited by Rob Mudge, DW World "Biafra" was the taunt German children used for skinny kids in the late 60s - the term was synonymous with starvation. It is now 40 years since the end of the Biafra war, and Nigeria's future still hangs in the balance." The 60s were an exciting time for Africa as Ghana, Kenya, Cameroon, Tanzania, Nigeria and many other newly independent countries looked forward to self-determination. This soon changed for the most populous country, which went to war in 1967, when the southeastern province of Biafra declared independence from Nigeria. The southeast, inhabited by members of the Igbo tribe, was the most densely populated region of Nigeria, so the Igbos were "the biggest diaspora of any group in Nigeria and had migrated to every crack and nook of Nigeria," Dr. Johannes Harnischfeger, author of "Democratization and Islamic Law: the Sh
Post a Comment
Read more 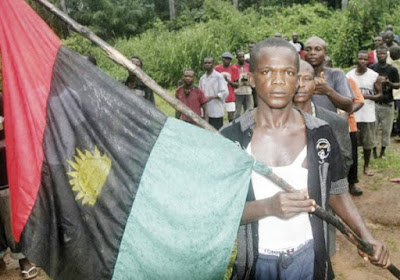 By Tolu Ogunlesi, 234NEXT Forty years ago today, the Nigerian civil war (also known as the Biafran War) came to an end with the formal acceptance of the Republic of Biafra's surrender documents by Olusegun Obasanjo, then a colonel, on behalf of the Nigerian government. On the afternoon of the previous day (12 January), Philip Effiong, a general, who took over the leadership of the Biafran Government after Odimegwu Ojukwu, also a general, went into exile in Cote d'Ivoire, had announced that he was pulling his troops out of the war. "I am convinced that the suffering of our people must be brought to an immediate end. Our people are now disillusioned, and those elements of the old government regime who have made negotiations and reconciliation impossible have voluntarily removed themselves from our midst. I have, therefore, instructed an orderly disengagement of troops," Mr. Effiong said. The war started in July 1967, when the Nigerian government invaded the Republ
Post a Comment
Read more
More posts

February 02, 2008
THE BRUTALITY OF NATIONS By Dan Jacobs. 383 pp. New York: Alfred A. Knopf. $22.95. Reviewed by Colin Campbell ANYONE who has followed the huge international aid operations that have been mounted in recent years in Ethiopia, Cambodia and other devastated countries must have noticed that these efforts keep running into technical and political obstacles, and that they raise other issues as well. Shipments of food and medicine always seem to arrive in such places too late. There aren't enough planes or trucks to deliver the stuff. Dozens of different aid agencies leap into the act, and it's only a matter of time before they start disagreeing passionately over just what the problem is and how to deal with it. Fortunately, these emergencies have generated a few important case studies, and one can read about the all-too-human world of several big emergency aid operations in appalling detail. Now ''The Brutality of Nations'' by Dan Jacobs has appeared, dealing wit
Read more